The Surgical Management of Limb Lymphoedema

The Surgical Management of Limb Lymphoedema

This article is taken from the Autumn 2013 issue of LymphLine, the LSN’s quarterly newsletter available to all LSN members. For details of how to become a member, click here.

The majority of patients with chronic lymphoedema (90%) are managed without the need for surgery. Non-surgical (so called conservative) interventions include elevation, lymphatic massaging, compression devices, compression garments, exercise, and skin care. These are often successful initially, but recurrence is commonplace once therapy is discontinued. Conservative interventions also become less feasible in advanced lymphoedema, e.g. compression bandaging is more difficult with severe deformity and loss of limb contour. 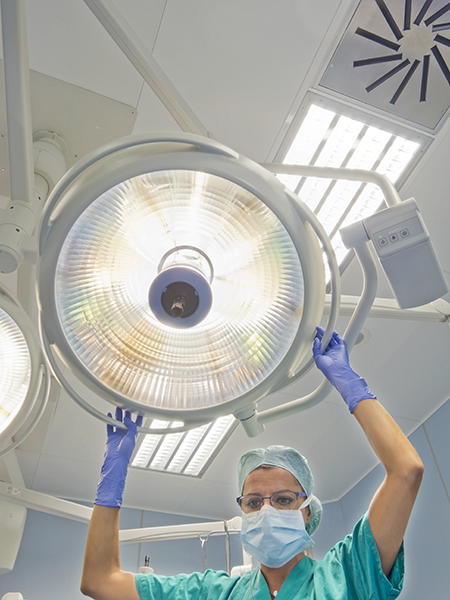 Charles’ procedure was one of the earliest operations for lymphoedema and it remains the favoured bulk reducing procedure. It was initially described as a treatment option for scrotal lymphoedema, but evolved to be used for limb lymphoedema. It involves extensive removal of skin, subcutaneous tissue (the fatty layer between the skin, muscle and bones), and deep fascia (a layer of thick fibrous tissue that envelops the muscle layer). In the lower limb an attempt is usually made to leave these layers intact over the foot and region overlying the calcaneal (achilles) tendon. The exposed region is then covered immediately with a thin skin graft which can be taken from the tissue that has been removed or alternatively a suitable site on the thigh. In some cases amputation of digits that have been affected by severe lymphoedema may be required at the same time.

Most authors that have reported their results from this procedure achieve significant volume and circumference reduction of the treated limbs. The average reduction in limb circumference reported is 30%. Other benefits included reduced infection recurrence with 90% patients unafflicted by an average of three years follow-up. Increased patient mobility and quality of life were also commented upon but not quantified. Recurrence of lymphoedema after Charles’ procedure has not been widely reported.

Many authors have counselled against using Charles’ procedure because of its associated side effects and post-operative morbidity (complications) which can be significant. Complications include post-operative leakage of blood and other fluid from the wound, chronic infection, and failure of the skin grafts along with other scar problems. Importantly, approximately 60% of patients required further operative intervention after discharge, e.g. excision of skin crypts (these are areas where the skin grafts are trapped deep to the surface and can form small abscesses), further debulking, and digit amputations. Mobilisation after the procedure may also be slow with non-assisted ambulation taking approximately four weeks and that wound healing is achieved by eight weeks.

This procedure was first reported by Sistrunk, and then modified by Homans and Auchinloss. It involves staged (i.e. multiple procedures performed on separate occasions) removal of skin and the fatty layer beneath it, usually 3-6 months apart. A large incision is typically made between the upper, inner thigh, to just above the inside of the ankle. The skin above and below this incision is then lifted up (the lifted skin is called a ‘flap’) and the fatty layer beneath down to the muscle is removed. The flaps are then replaced and the skin is stitched back together.

This procedure can achieve similar size reductions to the Charles’ procedure. However, there is significant risk of lymphoedema recurrence post-operatively which increases significantly over time. This deterioration in most patients is related to compliance with the on-going need for compression therapy and other conservative measures.

The rate of infection is thought to be reduced when compared with more radical procedures, e.g. Charles’ operation. Infection rates are unfortunately reported inconsistently in the literature. Time to ambulation is typically quicker and hospital stay shorter, but this is offset against the necessity for repeated operations and the long-term higher recurrence rate.

Some surgeons have tried using special pneumatic pumps to squeeze fluid out of the leg before performing either of the operations described above. There is little evidence in the literature that gives sufficient answers to the long-term results of this approach with complications being similar to both Charles’ and Homans’ procedures. It is therefore hard to know whether this provides an advantage.

Lymphatic liposuction provides a potentially better treatment alternative to the operations described above. This is mainly due to the ability to keep the skin layer without the need for skin grafts or large incisions to get to the lymphoedema layer. The evidence for liposuction is derived predominantly from patients with upper limb lymphoedema, usually secondary to breast cancer treatment. Liposuction has been used alone and together with excisional debulking. Liposuction has previously been offered in few centres but uptake is increasing. This procedure is technically demanding and there are currently only two centres in the United Kingdom that have received formal training in the correct technique (St Georges Hospital, London, and Ninewells Hospital, Dundee).

All authors found reductions in limb size after liposuction. The most striking results have been reported by Brorson & Svenson who found that 15 of 28 patients (53.6%) had no upper limb lymphoedema 12 months after liposuction and a mean reduction of 105% was achieved, i.e. the treated arm was somewhat smaller than the normal arm.

Most studies report only minimal complications. Complications following liposuction have included persistent hyperpigmentation (darkening of the skin), cellulitis, wound necrosis, and transient limb paraesthesia (loss of sensation). All resolved with conservative management. Liposuction has been conducted under general and local anaesthetic. Local anaesthesia may therefore be used in patients deemed unsuitable for general anaesthesia.

Recurrence of lymphoedema is problematic after liposuction and the continued wearing of compression garments is mandatory to maintain the reduction in limb size.

Physiological operations aim to restore function to the lymphatic system thereby improving lymphatic drainage. The options of lymphatic bypass and lymph node transposition can be found in Kelvin Ramsey’s article published in the Summer issue of LymphLine. Additional procedures include omental transposition.

‘Surgery is rarely a cure and still requires ongoing compliance with conservative measures, particularly compression therapy, which is important for those contemplating surgical treatment to understand.’

Omental transposition with micro vascular anastomosis (very small joins between the lymph and blood vessels) aims to recreate a physiological (i.e. normal) lymph drainage system. This operation aims to create a bed to receive the lymph flow (e.g. in the groin) before a large cut called a laparotomy is made in the wall of the tummy (abdomen). This allows the surgeon to remove a large layer of fat called the greater omentum that covers the bowel. In addition to the fat layer, lymph nodes from inside the abdomen are removed. These are then joined with more micro vascular anastomoses to the main blood vessels in the groin. This hopefully allows drainage of lymph from the leg, via these new channels or connections through the abdomen. A number of minor complications were reported including partial transplant necrosis (gangrene of the fat layer moved from the abdomen in two cases), lymphorrhoea (leakage of lymph from the wounds in two cases), dyspepsia (heartburn in two cases), and groin wound infection (one case). Four patients required skin grafting and hospital length of stay ranged from two to three weeks.

Existing research on surgical management of lymphoedema is of insufficient quality to make authoritative clinical recommendations. There were few prospective studies (i.e. studies in which patients data are collected on purpose from the time of the operation) and randomised controlled trials. The available literature suffers from a number of methodological problems, largely related to inconsistent reporting of patient selection, demographics, operation details, and outcome measurements. It remains, therefore, that surgical intervention for lymphoedema should only be considered after appropriate attempts at medical management have failed. Furthermore, it is the opinion of the author that this should only take place in centres with appropriate and robust multi-disciplinary support.

Surgery is rarely a cure and still requires ongoing compliance with conservative measures, particularly compression therapy, which is important for those contemplating surgical treatment to understand. In addition, the recurrence of lymphoedema after any of the surgical measures remains high.

Surgery in the context of scrotal or genital lymphoedema provides better results than in the limb. There is still a need to establish the combined role of debulking operations, particularly lymphatic liposuction, when successful physiological operations have been performed.